Investment in Goat Farming and Goat breeds in Tamil Nadu

Goat is a multipurpose animal that plays a substantial role in the economy and serves as nutrition of landless. Investment in goat farming provides a massive support for small and marginal farmers in the country. Goat rearing in tamilnadu is an endeavour process practised by a large section of people in rural areas. There are many goat breeds in tamilnadu that can survive on available trees, shrubs and even in low fertility lands. It is also used in ceremonial feastings and the fresh goat meat offers many health benefits for human. 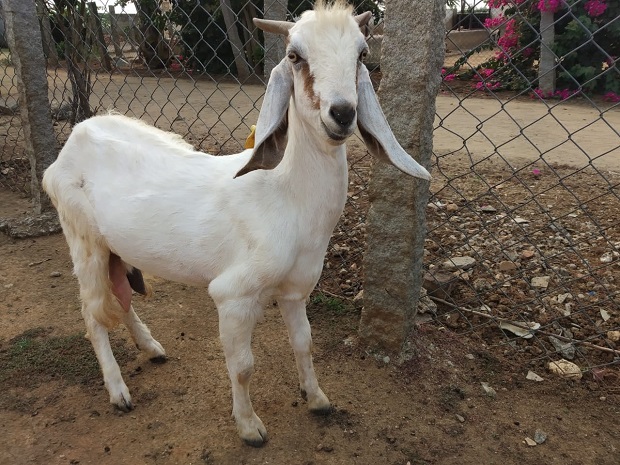 Jamunapuri is among the most graceful long-legged goats in India. They are generally white tan or yellowish in color along with brown spots at neck & ears. The adult male goat weighed around 65-80 kg and adult female goat weighed around 45-60 kg. This breed can be found almost on all the goat farmer producer company in tamilnadu. Jamunapuri yields about 2-2.5 lit/day on milk production. It is the most used goat meat in tamilnadu. 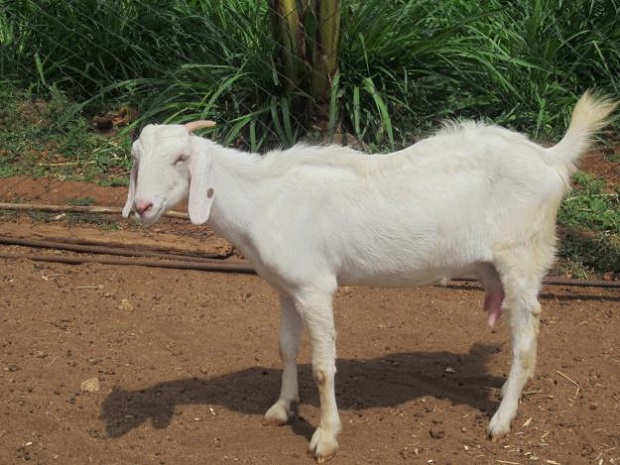 The adult male weighs about 40-50 kg and adult female weighs about 30-40 kg. Tellicherry are also known as malabari which is grown largely for the purpose of fresh goat meat. This breed can be seen in black, white and brown color. These types of breed have the capability of better reproductive functionalities. With more breeding ability it stands as a main reason for more investment in goat farming. 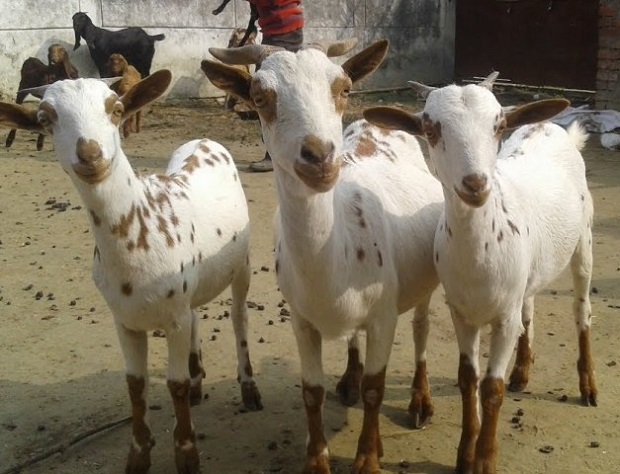 This breed is mainly used for both milk and meat purpose. It is more popular on urban areas of various places in India. The male goat weight ranges from 35-45 kg and adult female goat ranges from 25-35 kg. Barbari is also a key aspect for high goat trading in tamilnadu. The color of this goat breed is white along with small brown patches. It is a prolific breeder with kid twice in 12-15 months. 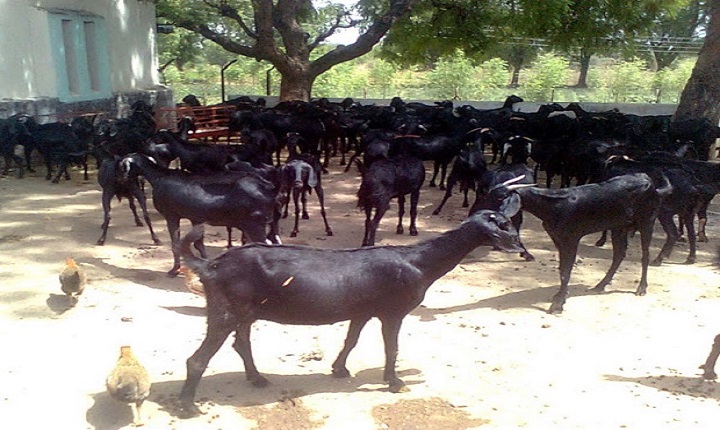 Osmanabadi are predominantly black in color with few spotted in white & brown. The adult male weighed around 32-36 kg and adult female weighed around 28-34 kg. It has tall legs and hefty body. This breed makes the goat sale in tamilnadu gets increase with good quality meat. In favourable conditions, it can produce the breeds twice in a year. 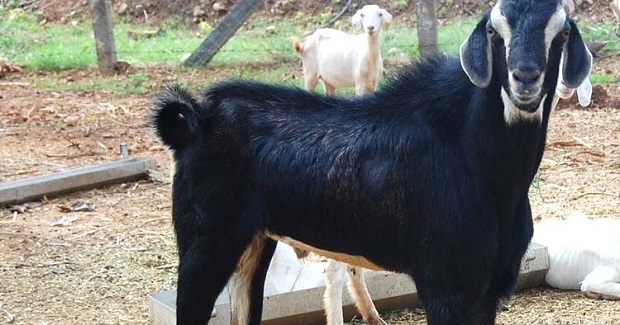 Kanniadu is usually known as Karapuadu or Pullaiadu in the local markets. These are tallest breeds that can be found in most farmers’ goat producer company in tamilnadu. The adult male weighs between 35-40 kg and the adult female weighs between 25-30 kg. It is normally found in black color with few white spots around. They have the ability of producing 3 kids per year. Karapuadu is mainly used for meat purpose, so goat rearing in tamilnadu boosts by this potent breed. 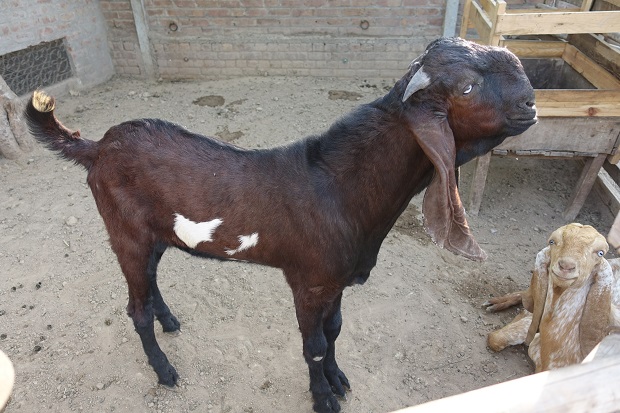 These types of breeds are predominantly black in color with few of them in brown color. It is slightly smaller than Jamunapuri goat breed and beneficial diary type. The male adult goat weighed about 50-65 kg and the female adult goat weighed around 35-45 kg. Male adult of this kind usually posses breed and thus it enhances the investment for goat farming in tamilnadu. This goat breed is mainly utilised for meat and milk purpose. The lactation yield varies from 150-175 kg and average daily yield is nearly 3 kg. 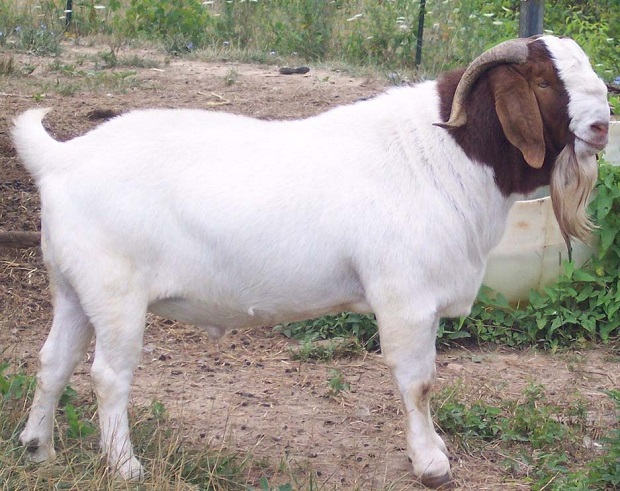 Boer goat has the fastest growth rate and it is the main reason for many people’s investment in goat farming. The adult male weighs about 110-125 kg and the female adult weighs about 90-110 kg. Also the weight of kids of this breed is around 30 kg in 90 days time. It is nearly the best fresh goat meat you can find all over the world. This goat breed is typically white in color with head & neck appears in brown color. With its fastest growth rate it makes goat sale in tamilnadu at its best. 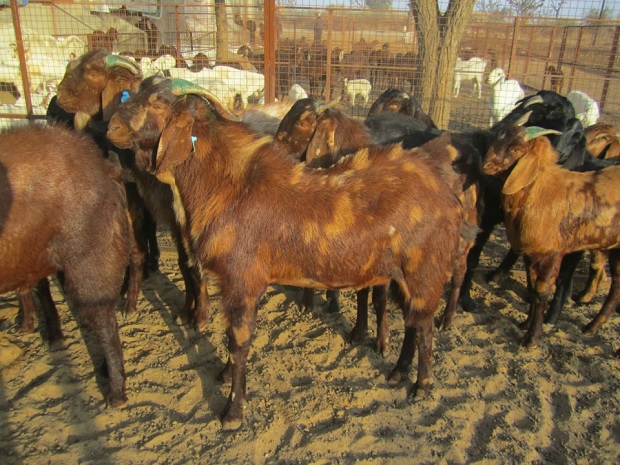 This is a compact medium-sized goat which seems predominantly brown in color with light or dark brown patches around. It is densely covered with thick hair and typical patches all over the body. Sirohi is a kind of breed you can see in many farmers goat producer company in tamilnadu. The adult male breed weighed around 50 kg and the female adult breed weighed around 30 kg. Usually, this breed gives birth twice a year with more than 65 % of it yields twins. 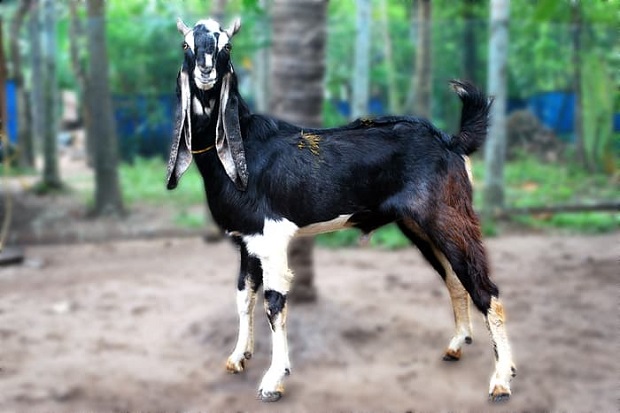 Karoli is predominantly black in color with few of them seen in white color. The male adult goat weighed between 40-45 kg and the adult female weighed between 30-35 kg. This breed of goat meat in tamilnadu is so popular and you can find it in more places. It contains long ears, nose slightly roman, thin hair around the body and long legs. They can survive in most conditions and that brings more investment in goat farming for this kind of breeds.